So much for October.  The Dark Vengeance Chaos Lord I won on ebay is still in the post, but since it's already half way though October, I won't have time to Oath it.

It's a shame, I was really looking forward to getting a Nurgle color scheme on what is frankly a gorgeous miniature.

I feel a bit stupid claiming that I don't have the time to paint a single miniature in two weeks, but it's true.  I'm a slow painter at the best of times, I often work late (or stay at work late for training), and my weekends are busy with other stuff. 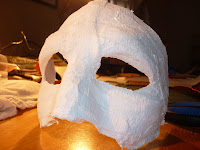 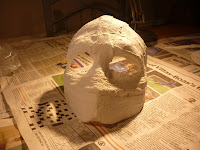 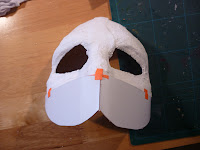 
Excuses excuses.  I still want to do some painting this month, and there's a couple of half-done Infinity figures that need my attention. Yes, I've remembered that this is supposed to be an Infinity painting blog.  The reason there's been mostly Games Workshop miniatures on here lately is due to the rules of the Something Awful Oath thread.

To be eligible for prizes, you have to oath at least three 28mm figures - unless they're an HQ choice, in which case you only have to paint one.  This rule doesn't apply to Infinity lieutenants or AVA 1 figures, much to my annoyance, so I end up painting a lot more single figures from Games Workshop instead of my neglected Hassassin box.

However, I've also been tempted by these fine chaps,  the Hazmat Team from Hasslefree Miniatures.  They'd be easy to paint, be great counts-as basic troops, and look great traipsing across a ruined Martian landscape.  So we'll see.

Email ThisBlogThis!Share to TwitterShare to FacebookShare to Pinterest
Labels: hasslefree, non-infinity, off topic